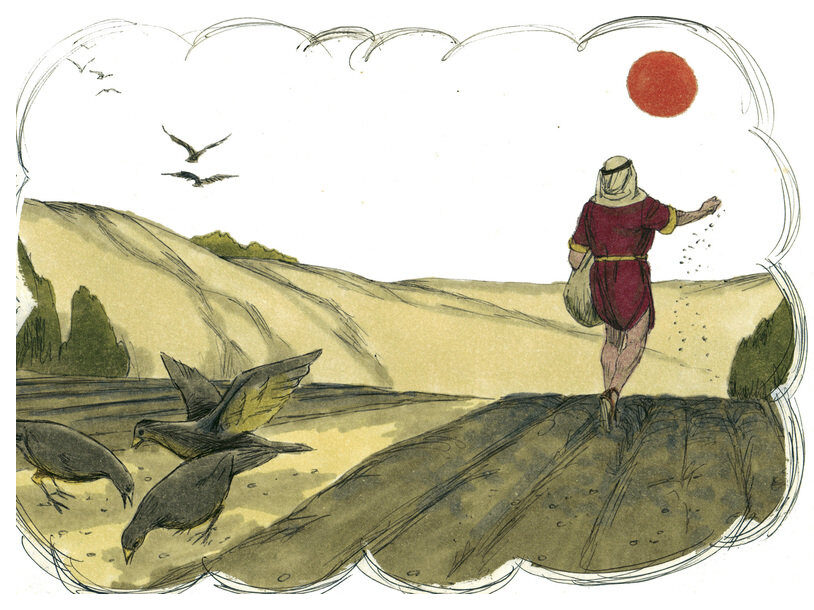 This short act of worship is for use while we are unable to attend church.  Pause to settle yourself in God’s presence, knowing that other people are sharing in worship with you.

As part of your worship you might like to try our new dial-in service to listen to the sermon and a hymn – 01604 266000.  It’s free (apart from the cost of a local call) and many people can dial in at the same time so you won’t get an engaged tone!

Take a few quiet moments to focus on God.

For the director of music. Of David. A psalm.

1 You have searched me, Lord,
and you know me.
2 You know when I sit and when I rise;
you perceive my thoughts from afar.
3 You discern my going out and my lying down;
you are familiar with all my ways.
4 Before a word is on my tongue
you, Lord, know it completely.
5 You hem me in behind and before,
and you lay your hand upon me.
6 Such knowledge is too wonderful for me,
too lofty for me to attain.

Please choose the version that you’d like to listen to. The first is more traditional, the second is a spontaneous rendition at Soul Survivor 2013.

Amazing grace — how sweet the sound —
that saved a wretch like me!
I once was lost, but now am found,
was blind, but now I see.

God’s grace has taught my heart to fear,
his grace my fears relieved;
how precious did that grace appear
the hour I first believed!

Through many dangers, toils and snares
I have already come;
God’s grace has brought me safe thus far,
and grace will lead me home.

The Lord has promised good to me,
his word my hope secures;
he will my shield and portion be
as long as life endures.

And, when this heart and flesh shall fail
and mortal life shall cease,
I shall possess within the veil
a life of joy and peace.

When we’ve been there ten thousand years
bright shining as the sun,
we’ve no less days to sing God’s praise
than when we first begun.

Loving God, we have come to worship you.
Help us to remember that you are here with us.
Help us to worship you
with all our heart and mind and strength;
May we pray to you in faith,
proclaim your praise with gratitude,
and listen to your word with eagerness;
For you alone are eternal God
Father, Son and Holy Spirit,
for ever and ever.

See if there is any offensive way in me,
and lead me in the way everlasting.

Create in me a clean heart, O God.
Renew a right spirit within me.

Restore to me the joy of your salvation,
and make me willing to obey you.

Parable of the Wheat and Weeds

24 Here is another story Jesus told: “The Kingdom of Heaven is like a farmer who planted good seed in his field. 25 But that night as the workers slept, his enemy came and planted weeds among the wheat, then slipped away. 26 When the crop began to grow and produce grain, the weeds also grew.

27 “The farmer’s workers went to him and said, ‘Sir, the field where you planted that good seed is full of weeds! Where did they come from?’

28 “‘An enemy has done this!’ the farmer exclaimed.

“‘Should we pull out the weeds?’ they asked.

29 “‘No,’ he replied, ‘you’ll uproot the wheat if you do. 30 Let both grow together until the harvest. Then I will tell the harvesters to sort out the weeds, tie them into bundles, and burn them, and to put the wheat in the barn.’”

Message for Reflection –
Some people seem to think that God in the Old Testament is all about rules & judgement, and then about grace & love in the New Testament.  But we also know and believe that God is constant, faithful, so how could He have a personality transplant between testaments?!  Would it surprise you to find that Jesus taught more about judgement, heaven & hell in the gospels than almost anywhere else in the Bible?

That’s uncomfortable isn’t it, but I’ve said it now…and it’s true!  In today’s parable Jesus teaches about good & evil alongside one another in the world and is quite clear in his explanation which we’ll read at the end.  But I think there is a lot to be encouraged about in this too, honest!

We live our faith in the face of questions like “Why is the response to the gospel so mixed?”  “Why does evil seem to prevail so often?”
This parable gives us some clues and concludes that actually, God IS in charge and he will sort everything out in the end.

It is important to note that the enemy and the weeds are wilfully, continuously rebellious with no hint of changing their ways.  The judgement is about removing everything that causes sin from God’s kingdom – isn’t that what we want?!  Last week’s service was about children who suffer abuse and neglect, often by people who deliberately, repeatedly do that for their own selfish advantage.  Do we not want God to hold such people responsible for all that they’ve “got away with” in our world?  Well, Jesus is telling us He will.

And the wheat and the weeds are left to grow together.  To be honest, I’m not quite sure how this translates into our world, but it does mean that God is patient in the way that Peter describes in his second letter:

‘The Lord isn’t really being slow about his promise, as some people think. No, he is being patient for your sake. He does not want anyone to be destroyed, but wants everyone to repent.’ (2 Peter 3:9)

It also means that it is not for us to judge, but to trust in God who’s ways and wisdom are way above and beyond our own – thank goodness for that!  Thank God for that!

In this parable we are the seed which is sown by the farmer – it’s up to him where we are “cast” in God’s grace.  And so Jesus concludes that, by God’s grace, we will shine with the glory of God who is our Father.

‘I have told you all this so that you may have peace in me. Here on earth you will have many trials and sorrows. But take heart, because I have overcome the world.” John 16

Take a moment to reflect, then…

Parable of the Wheat and Weeds Explained

36 Then, leaving the crowds outside, Jesus went into the house. His disciples said, “Please explain to us the story of the weeds in the field.”

37 Jesus replied, “The Son of Man is the farmer who plants the good seed. 38 The field is the world, and the good seed represents the people of the Kingdom. The weeds are the people who belong to the evil one. 39 The enemy who planted the weeds among the wheat is the devil. The harvest is the end of the world,b]”>[b] and the harvesters are the angels.

40 “Just as the weeds are sorted out and burned in the fire, so it will be at the end of the world. 41 The Son of Man will send his angels, and they will remove from his Kingdom everything that causes sin and all who do evil. 42 And the angels will throw them into the fiery furnace, where there will be weeping and gnashing of teeth. 43 Then the righteous will shine like the sun in their Father’s Kingdom. Anyone with ears to hear should listen and understand!

Let’s pray… Lord, thank you that you are in control of all things, especially those we don’t understand or know what to do with.  We don’t like the idea of judgement, but even in this we choose to believe that, in your wisdom you will do what is best according to your purposes for goodness, grace and love.  Give us your grace to pray for and reach out to those who don’t yet know you, and as Jesus taught us we pray, may Your kingdom come, Your will be done on earth as in heaven. Amen.

God our Father, grant us the help of your Spirit in our prayers for the salvation of all people.

Prayers may be offered …for the Church,
for peace and justice in the world,
for those in authority,
for concerns of the local community,
for those who suffer or individual needs, etc.

“Lord in your mercy, hear our prayer”

Love divine, all loves excelling,
Joy of heaven to earth come down!
Fix in us Thy humble dwelling,
All Thy faithful mercies crown.
Jesus, Thou art all compassion,
Pure unbounded love Thou art;
Visit us with Thy salvation,
Enter every trembling heart.

Breathe, O breathe Thy loving Spirit
Into every troubled breast!
Let us all in Thee inherit,
Let us find Thy promised rest.
Take away the love of sinning;
Alpha and Omega be;
End of faith, as its beginning,
Set our hearts at liberty.

Come, Almighty to deliver,
Let us all Thy grace receive;
Suddenly return, and never,
Never more Thy temples leave.
Thee we would be always blessing,
Serve Thee as Thy hosts above,
Pray, and praise Thee without ceasing,
Glory in Thy perfect love.

Finish then Thy new creation,
Pure and spotless let us be;
Let us see Thy great salvation
Perfectly restored in Thee!
Changed from glory into glory,
Till in heaven we take our place;
Till we cast our crowns before Thee,
Lost in wonder, love and praise.

May the grace of our Lord Jesus Christ, The love of God, and the fellowship of the Holy Spirit be with us all, evermore. 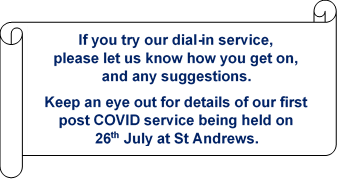